Mission of Akatsuki is producing place and time that people can express themselves through the art workshops. Born in Canada in 1973, Brought up in Japan.

Worked as a Jewelry Designer

・Art therapy Workshop for children at Kodomo no Shiro in Tokyo

Published "Flying Seed Over The Seed" 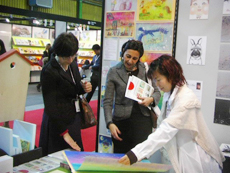 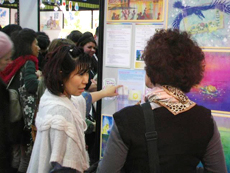 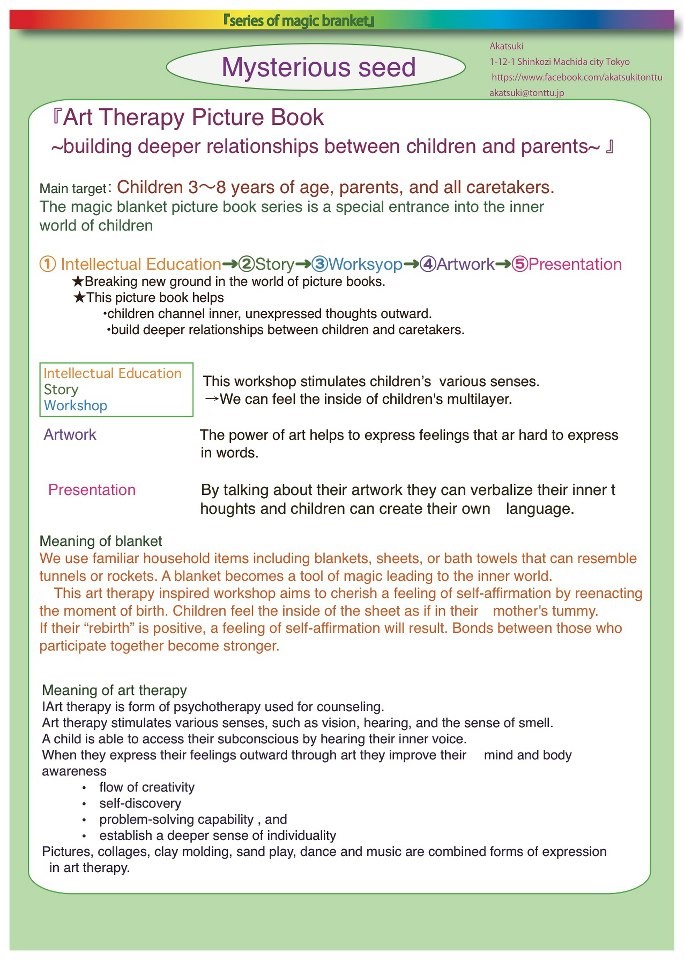 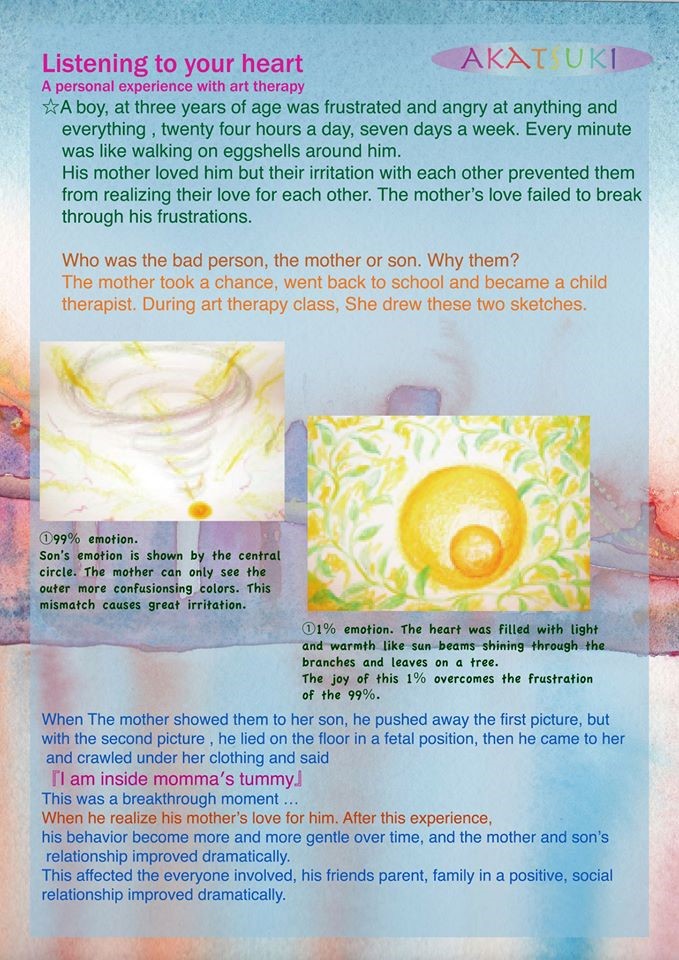 fee:free  Accept the first 20 people per workshop
Enjoy making an emotional light in a Japanese artwork exhibition.This workshop combines the method of Art therapy with the technic of Sumi-e(Japanese traditional brush painting).The style of Sumi-e by  Kunio Suzuki  is modern and must attract you. A spiritual awakening :  You can project ’you’ within the light. Will take the first step for you to know the inner self.We draw four kinds of feelings through using technique of Sumi-e on Washi(Japanese traditional paper). Your four kinds of feelings will be illuminated by LED lamps. You bring it back home.